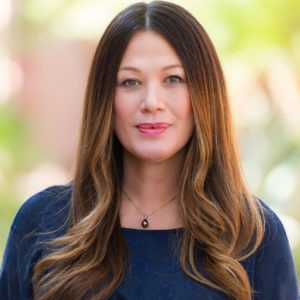 What is Augmented Reality?

Augmented reality (AR) is a live, copied view of a physical, real-world setting whose elements are enhanced by computer-generated sensory input. Much different than virtual reality, which substitutes the real world with a simulated one, augmented reality takes the real world and adds a 3D design model and information about the encompassing world to allow the user an interactive design that can be digitally manipulated.

What are the benefits of using AR in construction?

The accuracy of construction projects is essential in any plan to avoid wasting money and time due to any modifications needed later on. Before the project is started, AR provides teams with a walkthrough of the entire project – including its specifications and exact measures. Architects, project managers, and engineers can collect ample data that guarantees accuracy, speed, and a way to see any errors before they surface later.

Using Autodesk Revit or other 3D models to view a project dramatically aids in space planning and design visualization. At first, AR was restricted mostly to architecture, engineering, and construction firms with extensive technology groups with the resources to spend hours integrating Revit models. Now the technology is readily available, allowing smaller firms the opportunity to take advantage of the technology.

Augmented reality can be used for design review to pick out clashes by virtually walking through a developed model. It allows the architect and contractor to collaborate on revisions between design and construction due to constructability dilemmas. It can even assist with the prefabrication of building elements.

It can also eliminate the need for creating new architecture plans, which are costly and time-consuming. Clients can save money with the cost-efficient manner of replacing or altering architecture plans using 3D models in every project planning regard before the construction commences.

Real-time visualizations through AR eliminate any guesswork because designers, architects, and team members won’t need to depend on manually recorded measurements or drawings anymore. AR can reveal detailed images with the entire space’s re-creation. Planning becomes more productive and saves the team time and effort because they won’t need to build different design plans. Project members can then ensure greater precision with virtual models. Productive collaboration and communication of ideas in the form of design are evident. Architects and designers can present their creative ideas or turn client visions into models with AR.

AR expedites construction processes because team members can have immediate access to virtual models. Construction companies can benefit from prefabricated components before the construction begins. With the streamlined process in the project execution that AR provides, teams do not just save money but also time. It can speed up a project’s progress and presents the possibility of completing the construction ahead of schedule.

Augmented reality is gaining momentum in the construction industry – at SR, our clients are undoubtedly benefitting from it – because it saves time and money, gives better design acumens, eliminates guesswork, and expedites the construction progress. 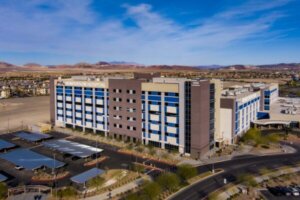 Thank you, Sam Kaufman! We value our partnership. “It’s important to also consider the context of this construction project,” said Sam Kaufman, 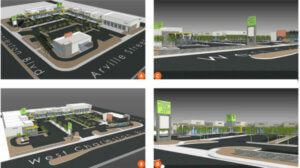 SR is proud to be named the general contractor for the Hyde Park Commercial Redevelopment Project. The existing Hyde Park Retail Center,

We are excited to announce the completion of the Henderson Hospital expansion project! We want to thank our valued client, The Valley